Liverpool City Council wants to bring smart pay as you go (PAYG) technology to the 70,000 homes in the city that use energy prepayment meters – a third of all households. The upgrade is among the initiatives being considered for a new energy services company that the council is setting up to help families lower their fuel bills and improve the city’s energy efficiency. Dubbed the ‘Liverpool LECCy’, the new energy company would sell low-cost gas and electricity to homes and businesses in the city, as well as explore innovative ways of generating energy, such as harnessing the power of the River Mersey. The local energy provider is expected to operate on a not-for-profit basis and be run in partnership with an existing supplier.

Commenting in the local press, the Mayor of Liverpool, Joe Anderson, said: “I want us to do something practical to help tackle fuel poverty, which is why we’re setting up this energy company – the Liverpool LECCy – which will be owned by and run for the people of the city, giving them a cheaper alternative energy provider.” One in seven of the city’s households is currently living in fuel poverty.

Anderson added: “It’s absolutely heart-breaking how many families in this city are reliant on expensive prepayment meters and are, in effect, being penalised by paying more for their energy than those who are able to use direct debit, especially as single parent families are the hardest hit.”

The news from Liverpool coincides with the Competition and Market Authority’s announcement of plans for a country-wide price cap for prepayment customers, to combat the current gulf in prices between the cheapest available prepayment and direct debit tariffs. The price cap would apply during the transition to smart metering before being phased out at the end of 2020.

Public energy providers on the rise

Liverpool is one of a growing number of UK towns and cities that are setting up their own not-for-profit energy suppliers, to provide their citizens with a locally run, lower-priced alternative to the Big Six. As well as targeting fuel poverty, some initiatives have a broader remit including local renewable generation and energy efficiency, as in Bristol, Liverpool and Nottingham.

In March 2015, Cheshire East Council became the first local authority to supply energy direct to the public since 1948, partnering with OVO Energy to launch Fairerpower. OVO Energy operates similar community ventures with the local authorities in Peterborough and Southend, both of whom offer a smart PAYG tariff. 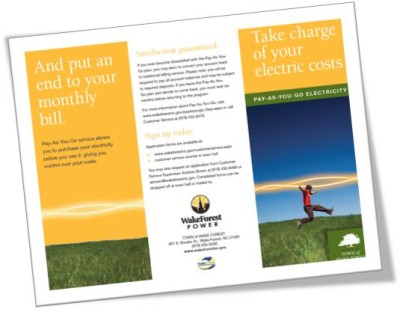